Revisiting The Chaos Of January 6 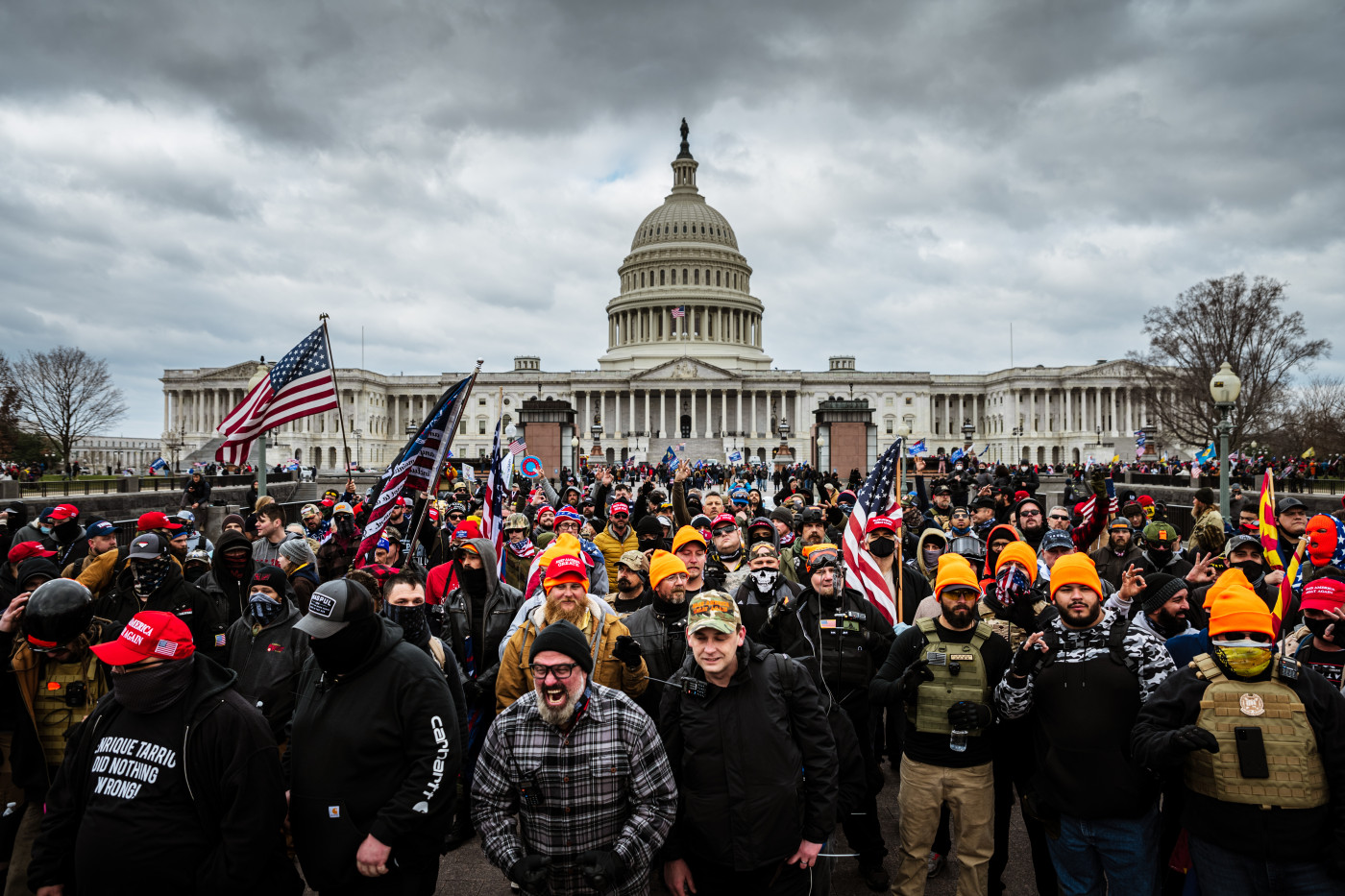 Sandy Ciric
PDF Version
January 6, 2021 will be added to the annals of American history as a moment of critical division, revealing the precarious nature of U.S. democracy.  A large team of Getty Images photographers were on the ground that historic day, documenting the chaos that descended upon the U.S. Capitol.  Now, nearly a year later, staff photographers Win McNamee and Drew Angerer share some of their experiences and recollections.
Chief Photographer Win McNamee and staff photographer Drew Angerer were assigned to cover the certification of the Electoral College results of the 2020 presidential election  As Angerer recalls, " Normally this is a process that comes and goes with little fanfare; a foregone conclusion that is usually wrapped up in less than 30 minutes." However, 2021 was different.  A "Stop the Steal" rally led by President Donald Trump contesting the election outcome was held outside the White House at the same time that lawmakers were in session at the Capitol. Trump exhorted the crowd to "to walk down to the Capitol" and "to demand that Congress do the right thing and only count the electors who have been lawfully slated."

The massive crowd had already started moving towards the Capitol grounds before the speech had ended. McNamee recounted that the crowd was growing by the minute. "Within 15 minutes, the crowd had breached the barricades on the perimeter of the Capitol and were literally climbing over the site of the presidential inauguration that was under construction, scheduled to be used in just two week’s time."


McNamee recalls "in the Ohio Clock Corridor, just outside the Senate chamber, we encountered a group of about 30‑40 members of the crowd facing off with members of the U.S. Capitol Police. The police were outnumbered as more and more...of the crowd continued to enter the building. It was obviously a losing battle, but most of the police did their best to hold their ground."
Drew Angerer, who was in the House chamber documenting the certification proceedings when the mob breached the Capitol, noted that "I knew the day had potential to get strange; Republican lawmakers had tools to stretch the proceedings out for hours on end and what were the thousands of people outside going to be up to all day long after listening to the President speak outside the White House? I assumed most of the protest action would be outside and any skirmishes near the Capitol would be quickly defused by law enforcement. I never thought for a minute that the crowd outside would make their way inside the Capitol and disrupt the process. When members of Congress were rushed off the House floor and plainclothes officers pointed their guns at the mob on the other side of the door, the situation felt completely out of control and dangerous."
After Angerer photographed the tense moments in the House chamber and lawmakers were being evacuated, he recalls hearing  Rep. Steve Cohen (D‑TN) shouting toward his Republican colleagues  “Call Trump! Call your friend! Tell him to call it off!”
Angerer was then hustled along with other journalists to shelter in the office of Rep. Ruben Gallegos (D‑AZ) where he had to remain until the siege was over and the buildings were deemed secured.

Meanwhile, McNamee was documenting the crowd as they took over the Capitol Rotunda. He recounts  "After photographing a melee between members of the crowd and police at the east door just outside the Rotunda, I followed a large group to the third floor of the Capitol....When members of the group involved in the melee at the east door reached the third level, they began to move toward the Senate chamber. Doorkeepers had left in such a hurry that the doors to the Senate chamber on the third floor had been left unlocked. The crowd pulled open the doors and began streaming into the chamber. After a few minutes I overheard a few of them talking about how to unlock the doors on the first floor so they could reach the Senate floor. One of them said he thought he could drop down from the balcony on the second floor, a drop of about 20 feet. I moved to a position where I could see this and sure enough, the guy climbed over the balcony railing and lowered himself slowly in an attempt to decrease the distance between himself and the floor. Dangling by one arm, he let go, hit the floor hard, and then proceeded to unlock the doors on the first floor. Within minutes, people were streaming onto the Senate floor, going through desks, posing for photos. They seemed generally quite pleased with themselves."
The mob that stormed the Capitol had no unifying ideology nor identity.  Current and former members of the military and law enforcement professionals mingled with right‑wing extremists such as the Proud Boys, while other members of the crowd were followers of the QAnon conspiracy theories. And some were merely Trump supporters who believed the election had been "stolen" from him.  Win McNamee remembers that "members of the crowd were wearing military‑style protective equipment, chanting political slogans, confronting police directly, and coursing through the building with abandon."   Some rioters became "famous," after January 6, including the QAnon shaman later identified as Jacob Chansley, who McNamee documented in the Senate chamber screaming "freedom" again and again.  The Florida man carrying Nancy Pelosi's lectern quickly became a social media meme. Both were convicted and sentenced for various offenses‑the former arranged a plea deal, and the latter got 41 months in prison. Some in the crowd are still being tracked down, and some were arrested while still inside the Capitol complex. As night fell on January 6 and the insurrection was thwarted, a fitful calm took hold of Washington DC.
I’ve covered Washington for over 30 years. The Capitol, love it or hate it, is a special place – one of the primary symbols of our republic.
The norms ruling the transfer of presidential authority were threatened by the events of January 6. 2021. In addition to the physical vandalism of the U.S. Capitol by the rioters, the rituals, process and cadence of American democracy were disrupted. Drew Angerer notes that "There’s usually a sense of order and decorum in these government buildings and that was completely turned on its head on January 6." For veteran photojournalist Win McNamee, January 6th was unprecedented. He says "I’ve covered Washington for over 30 years. The Capitol, love it or hate it, is a special place – one of the primary symbols of our republic."
Drew Angerer summarizes his experience January 6 by saying "I’m often asked if I was scared during this day. Maybe for a few minutes at the height of the uncertainty, but sadness was the dominant emotion I remember feeling."
Next Up
Pronouns: Charting A Path Toward Inclusivity 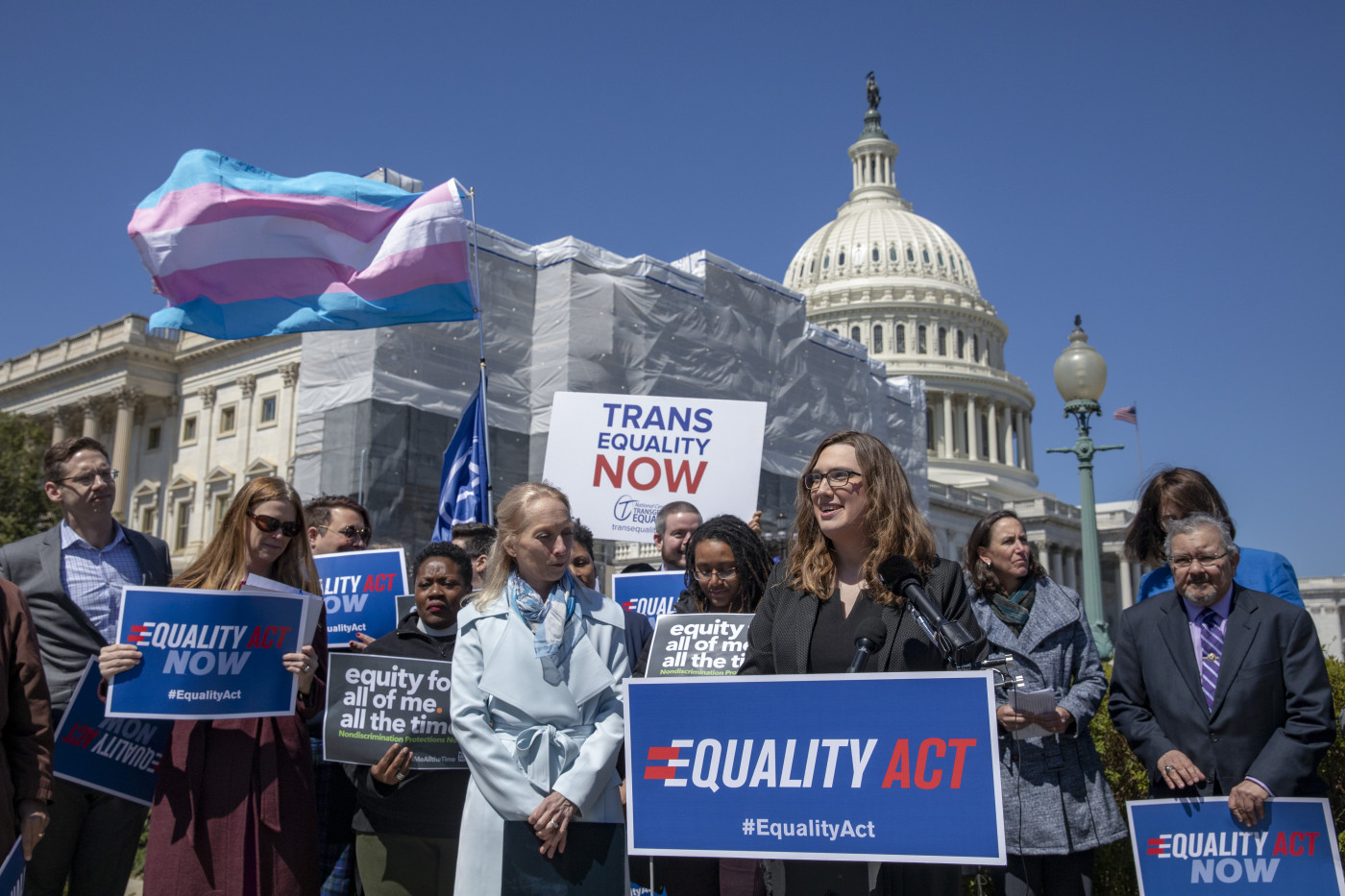