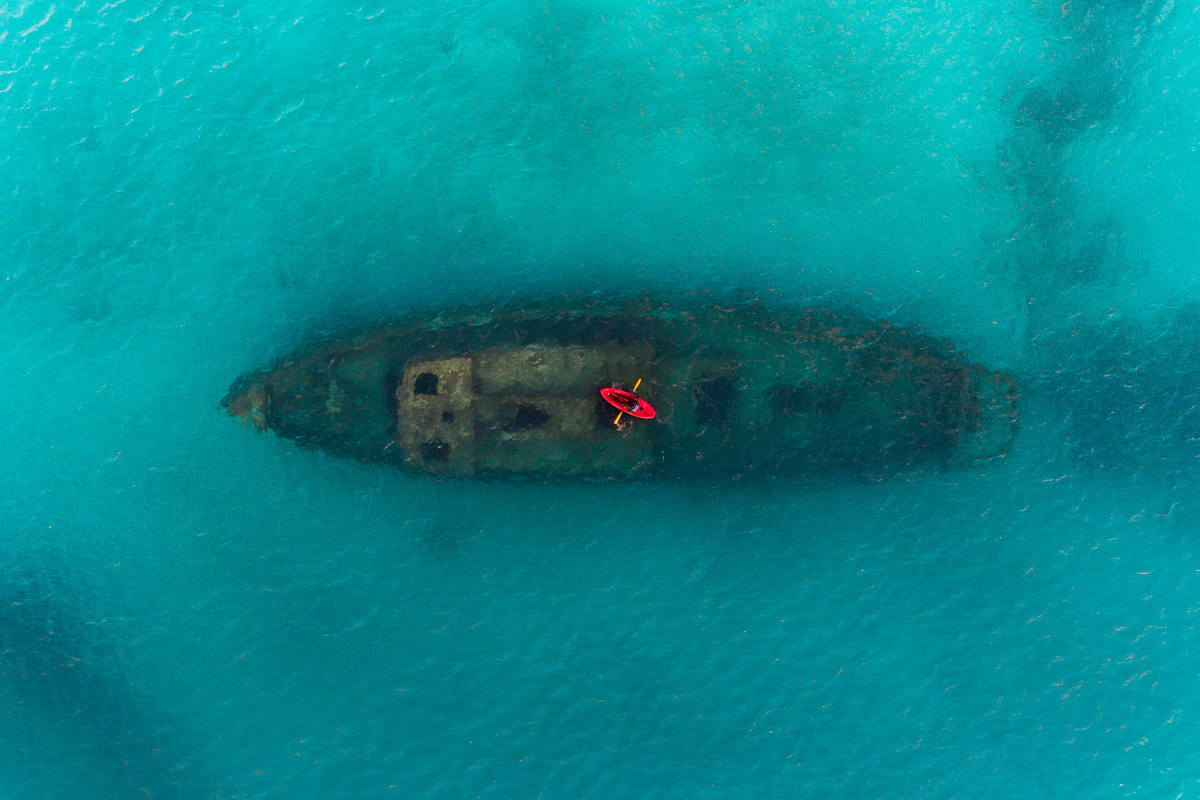 Richard Newstead
The creative team at Getty Images are always searching for unique image makers who can find original ways to visually communicate commercial ideas. The British photographers and brothers behind Abstract Aerial Art found their passion in photos of the world from a weird and wonderful point of view. Getty Images Senior Content Manager Richard Newstead talks to them about their process, how they ended up with a drone, and their most memorable photos.
Our biggest inspiration comes from the planet itself and what can be found within it.
[Richard Newstead]: What was it that fascinated you about shooting directly above things for that ‘top‑down’ look?
[Abstract Aerial Art]: From the very first moment we started flying our drone, we were blown away by how unusual even the simplest things looked. Objects, structures, and landscapes that looked mundane, took on a whole new character when seen from above. There have been countless occasions where we have been standing next to something that looks completely underwhelming from ground level yet when seen from the air are truly awe‑inspiring.

[RN]: Your work has a really graphic feel. Do you have any favorite artists that have had an impact on your work?
[AAA]: We have always tried to do our own thing and our biggest inspiration comes from the planet itself and what can be found within it. The first few images we shot loosely reminded us of abstract artworks, so it would be fair to say that we must have been inspired by the abstract movement somewhere along the way.

[RN]: What’s your favorite image, if you can pick one?
[AAA]: Being as critical of our work as we are, it’s quite hard for us to do that! If we had to pick, the image that we entitled ‘The Devils Playground’ is one that has always resonated with us. It sums up exactly what Abstract Aerial Art is about: “The point is not to work out what it is but to show how weird and wonderful the world can look from above”.

[RN]: What do you do to keep things exciting day‑to‑day and keep progressing? Do you look at any websites or magazines for inspiration?
[AAA]: We love what we are lucky enough to do as a job, so every new day is exciting whether that be the day to day running of our business, learning new techniques, or researching locations and planning the next adventure. We are always pushing ourselves to move forward. We keep an eye on magazines, news articles and social media on a daily basis as we love to see what other people are creating but as we have mentioned, we just focus on trying to do our own thing. That challenge is what keeps us inspired and hungry to develop what we have started.

[RN]: Are there any locations you’ve been to that didn’t turn out as expected?
[AAA]: This does happen occasionally and is a side effect of using satellite images to scout locations. Unfortunately, as of today, real time satellite imagery is only available to a limited few therefore using apps such as Google Earth does have its risks. More often than not, you will find exactly what you see on Google Earth at a location but it can let you down. We have experienced this on more than one occasion and it’s frustrating but as they say, you win some, you lose some!

[RN]: What’s the hardest shot you’ve tried to capture?
[AAA]: The hardest shot we ever attempted was probably one that didn’t even involve the drone. Whilst driving through the Australian outback during one of the many wet season storms we encountered, a bolt a lightning struck the bush land surrounding us and set it alight. In an instant, we found ourselves at the centre of a raging wildfire. With very little consideration to the incredible danger we were actually in, we couldn’t resist the chance to jump out and capture Mother Nature at her ferocious best. Setting up the camera in what must be the quickest amount of time we ever have managed to achieve, we began photographing the scene. Five terrifying minutes later, we had a shot of the wildfire and a lightning bolt in the same frame and managed to get out of there just before our car was completely engulfed by flames. In hindsight, it was probably the stupidest thing we have ever done. That being said, it was a unique opportunity to capture something that few people will ever witness and despite the very obvious dangers, at the time, we thought it was well worth the risk!
Our inspiration for the locations we shoot comes from the hours of research we dedicate to finding them.
[RN]: Where do you get inspiration for locations to shoot?
[AAA]: Our inspiration for the locations we shoot comes from the hours of research we dedicate to finding them in the first place. Almost every single image we have ever taken has been found by our research methods. Only on very few occasions have we stumbled across something by accident.
When we say research, what we are referring to is using satellite applications to search for things that we want to photograph. We then screenshot these finds and save the coordinates of the location with the intention of shooting it for real at some point in the future. Thanks to apps such as Google Earth, the whole world is visible from an aerial perspective. As a drone photographer, you can imagine how useful that is!

[RN]: You are masters at what you create! Are there any other drone photographers that inspire you?
[AAA]: Thank you so much! It really means a lot to hear that. We just try to do our own thing and not be influenced by what anybody else is doing. That being said, there is a long list of photographers both aerial and more traditional whose work we admire and are blown away by on a daily basis. Three that are well worth having a look at on Instagram would be @airpixels @spathumpa @dominicliam.

[RN]: What got you interested in using drones to produce your work?
[AAA]: The idea first came about whilst we were traveling around the Australian outback. With the intention of filming some of the incredible sights we had seen along the way, we decided to purchase a drone after an evening in the pub… we will let you draw your own conclusions from that! At the time, we knew nothing about drones and had never even seen one, let alone flown one.
Heading back out into the Australian wilderness, we started to take some shots of the landscapes surrounding us. Looking back at the images we had taken, we realized we had a number of extremely unusual photographs that loosely reminded us of abstract artworks and as a result, Abstract Aerial Art was born.

[RN]: What’s the part of your job that nobody talks about?
[AAA]: That traveling the world is not as glamorous as one might imagine! We absolute love what we do and we wouldn’t change it for anything but it’s a far cry from ‘one long holiday’ as it has been suggested to us in the past. We have dedicated our lives to what we are doing and there is a huge amount of work that goes on behind each and every shot. We do think that is often overlooked.

[RN]: Have you had any scary moments when flying somewhere?
[AAA]: This time last year we were in the Dolomites, Italy, and without any warning, the drone started behaving extremely erratically, almost taking on a mind of its own. It was barely controllable and very scary. It turned out that that a major component had failed inside the drone from overuse of all things. It was not something that could have been predicted, nor was there any indication it was about to happen. The whole experience just reinforced how important it is to check your equipment on a regular basis and be aware at all times, no matter how meticulous your pre‑flight checks, something unexpected can occur at any point.

[RN]: What is your most used App?
[AAA]: Google Earth. Research is a huge part of what we do and this is the app that we use to do it.

[RN]: What’s your next project planned?
[AAA]: We are just about to head off to America to photograph the autumn colors. It’s something we have always wanted to see so we’re really looking forward to the trip. We just hope we’ve got the timing right!
Another project that is in the initial planning phase is arranging to photograph a lava lake. This may be easier said than done however so leave that one with us!

[RN]: Any tips or tricks for budding drone enthusiasts?
[AAA]: The biggest tip we could give to any budding drone enthusiast is do your research. Using the methods we have touched on in this interview is something that we cannot recommend highly enough if you are interested in getting into aerial photography.
More importantly than any tips or tricks however is be yourself and do your own thing. Try not to be influenced by what may get you the most ‘likes’ on social media. As beautiful as the more well known locations are, there is still a whole world out there waiting to be discovered.
Explore More From Abstract Aerial Art
See More Aerial Imagery
Next Up
Photographer, Klaus Vedfelt 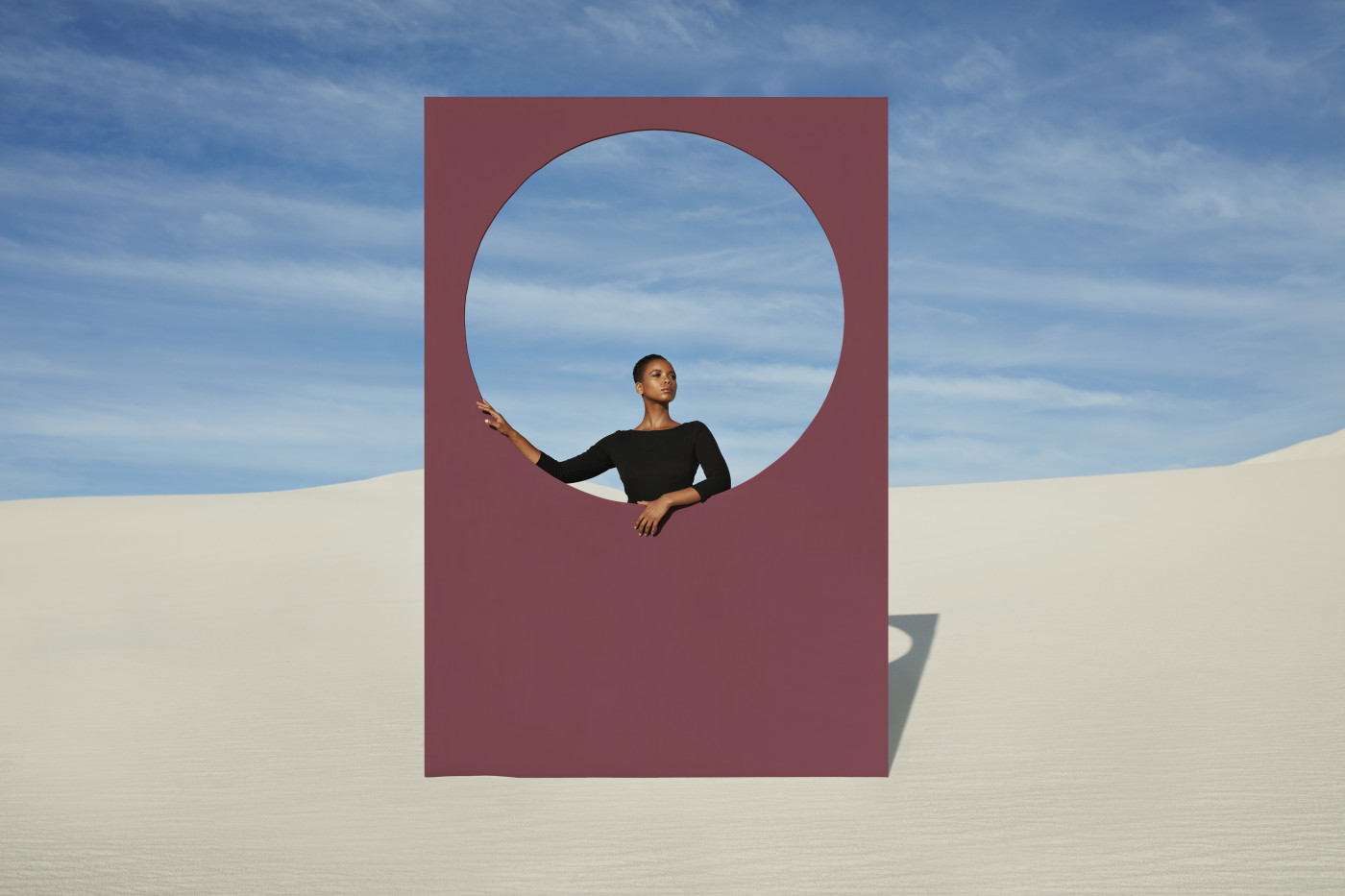