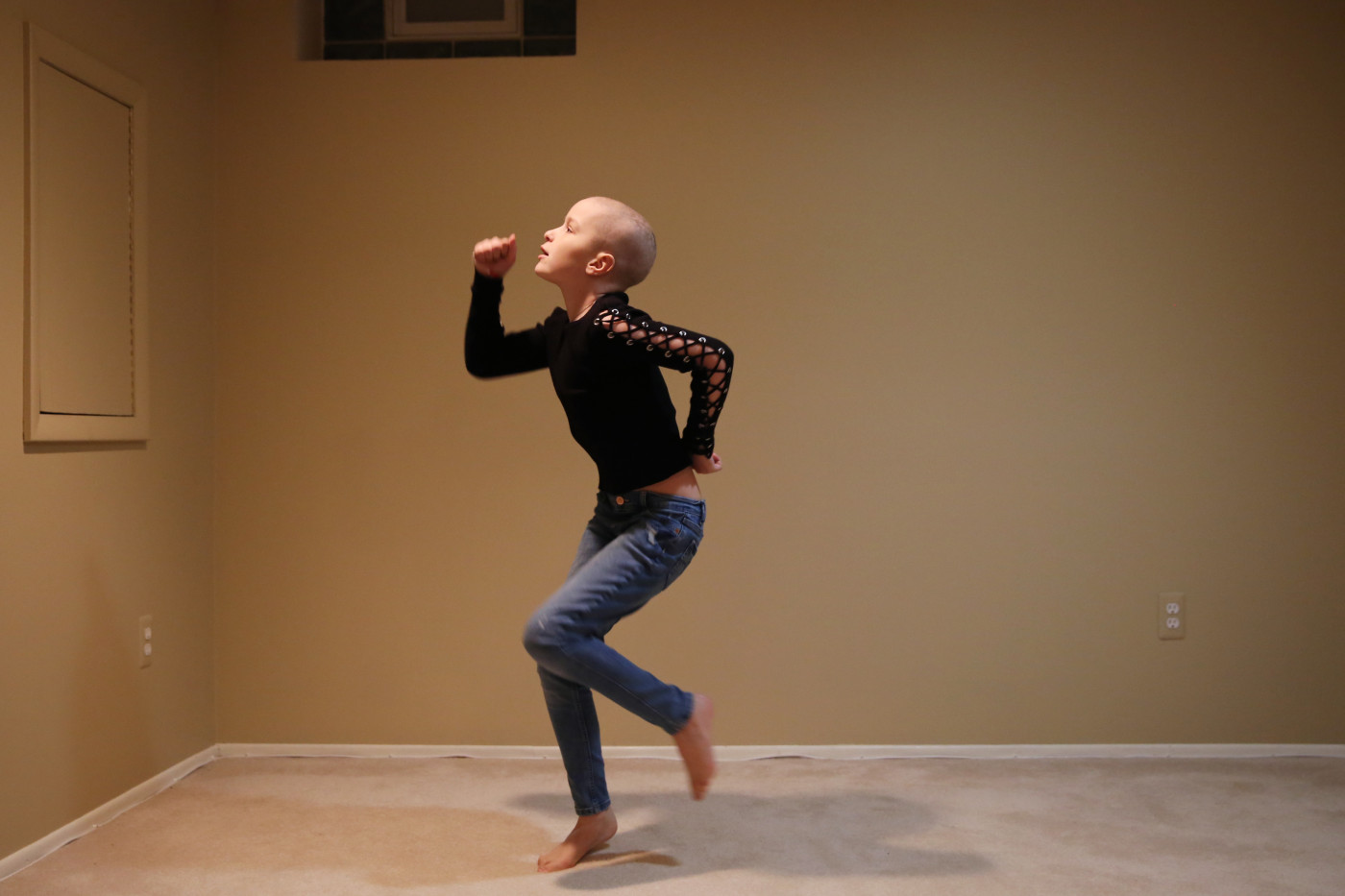 A graduate of the Art Institute of Chicago, photographer Mireya Acierto often can be found toughing it out in the trenches of the entertainment world capturing red carpet events and fashion shows in New York and Paris for Getty Images. While this work is exciting, her true passion lies in working on stories that make an impact socially and morally. Recognizing beauty everywhere, Mireya’s mindful temperament makes her subjects comfortable being in front of her lens, allowing her to reflect their lives in her authentic and aspirational style.

Getty Images Content Manager Beth Wachtel sits down with the multifaceted photographer to talk about her wide‑ranging photography career, her new personal project, #cancersucks, and the benefits of saying “yes.”

[Beth Wachtel]: When I look at your work, I see truly beautiful, authentic imagery and storytelling. What would you say most inspires you to create and tell stories?

[Mireya Acierto]: I’ve been told I walk around life with my eyes wide open. Because I live in New York, just walking out the door it’s impossible not to take photos—I’m always pulling out my phone to take random shots. I’m delighted by everything and anything. I love New York because there are so many ethnicities, cultures, and fashion influences, sometimes I have to remind myself to just sit back and enjoy the ride. Aside from that, I just love to experience things, if you ask me if I want to go to a rodeo, see a volcano or to check out a random place in Brooklyn, most likely I’ll say yes and bring my camera. That’s what takes me around world ‑ having that desire to experience more, is what keeps me motivated to create.

[BW]: As a world‑traveler and someone who is constantly on the go, where are you currently drawing inspiration from?

[MA]: What inspires me are my friends and the many people I meet. I want to start telling stories again and go back to my roots, which was documentary photography. I was so passionate about it when I started shooting and I recently realized that I miss the feeling I get from shooting stories of real people.

[BW]: What three words would you use to describe your work?

[BW]: Can you talk a little bit about how your #cancersucks project with Vara developed?

[MA]: A friend on Facebook mentioned her daughter was diagnosed with Wilms Tumor for a second time. It was sad to read this especially because her daughter was so young, but also, this was a story I had wanted to tell for a while yet hadn’t been brave enough to do it. My cousin passed away eight years ago from a brain tumor. She and I were the same age and had grown up together for 35 years—she was the person I was closest to in my life. When she was diagnosed a lot of changes happened and I simply wasn’t there for her during her treatment. It weighed on me, with lots of guilt, that I didn’t do enough while she was around. So when I asked my friend if I could document her daughter, I felt as though it was partially a tribute to my cousin, but also to really help spread the word about this awful disease. Luckily my friend was open to me documenting her daughter, with the same intention of spreading awareness on pediatric cancer.

[BW]: The imagery you created of Vara was truly powerful. I imagine the #cancersucks project you did with her involved adversity and obstacles. What would you say were some of the biggest challenges with this project?

[MA]: I think one of the biggest challenges for me was to not get too emotionally involved with this story. Because it was quite a personal story for me and for my friend, I had to create some boundaries. Of course all that went out the window when I met Vara—I simply fell in love with her. She’s such a smart, funny, loving, strong, brave, little soul. It’s something I’m so grateful to have experienced, and I’m so glad I met this little girl.

[BW]: Which image would choose as your favorite photo of yours and why?

[MA]: I really love this image of Vara lying in her bed. This was taken the day she had to go into the hospital for radiation and chemo and it reminds me that even with all the rainbows and bright light surrounding an individual, there can be a darkness and sadness within someone. With mental health only recently becoming a topic of conversation in the media, it's something we shouldn't ignore, especially for young people.

“I’ve been told I walk around life with my eyes wide open.”

[BW]: What advice would you give to people coming up through art school?

[MA]: Absolutely take business classes. That is the one thing I didn’t focus on in school, and it was such a mistake. I think if you want to really succeed in any art, you have to know how to run a business. It’s fun making art, and yes you get to be creative, but if you don’t know how to market yourself or know how to charge for your time, it can be super stressful. I took photos because I loved it and I thought it was an honor if someone let me take their photograph. It was really difficult for me to start charging people for something that I loved to do. It took a little time to figure it out, but it got easier.

[BW]: What app could you absolutely not live without?

[MA]: Spotify & Instagram. I love Spotify because it allows me to have my own soundtrack no matter where I am. If I'm lucky, what I see in front of me matches the music I'm listening to; it's like being in your own music video without all the work. Instagram is my morning treat. I love looking at images first thing in the morning. Since I love to travel, looking at photos allows me to travel without actually leaving my room.

[BW]: Being a photographer requires a lot of dedication. You balance your creative projects with rigorous editorial assignments, often enduring a high‑pressure travel schedule between New York and Paris. How do you stay motivated to keep creating?

[MA]: Living in New York, it’s hard not to be motivated. This city has so much to offer and the main reason I moved here was to work. If I don’t take the opportunities I’m being offered while I’m here, what is the point? I ask myself, if I weren’t a photographer, what else would I do? To be honest, I don’t have a plan B. The great thing about photography is that it can change all the time; there is no end to what you can learn or do with it. 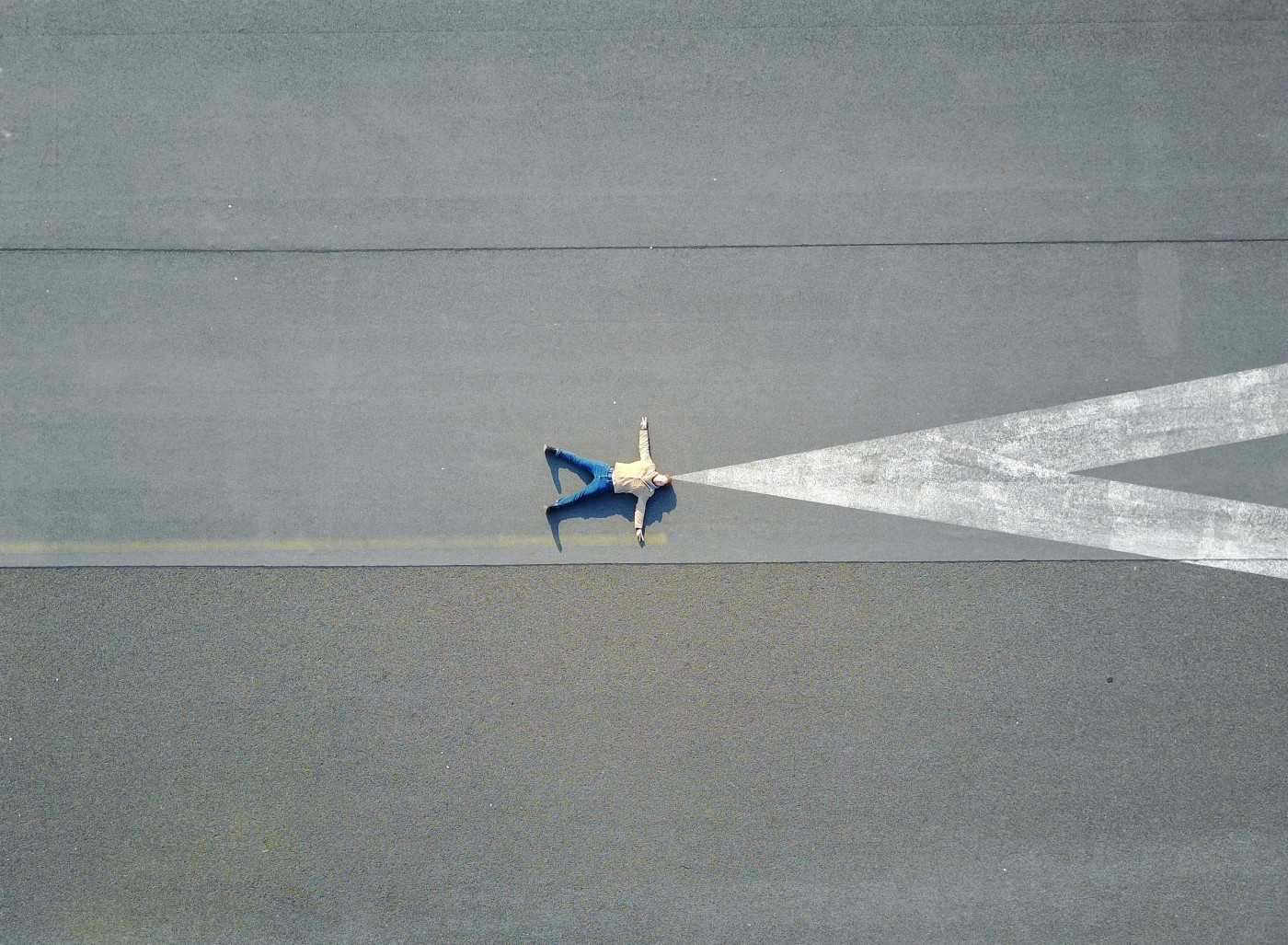