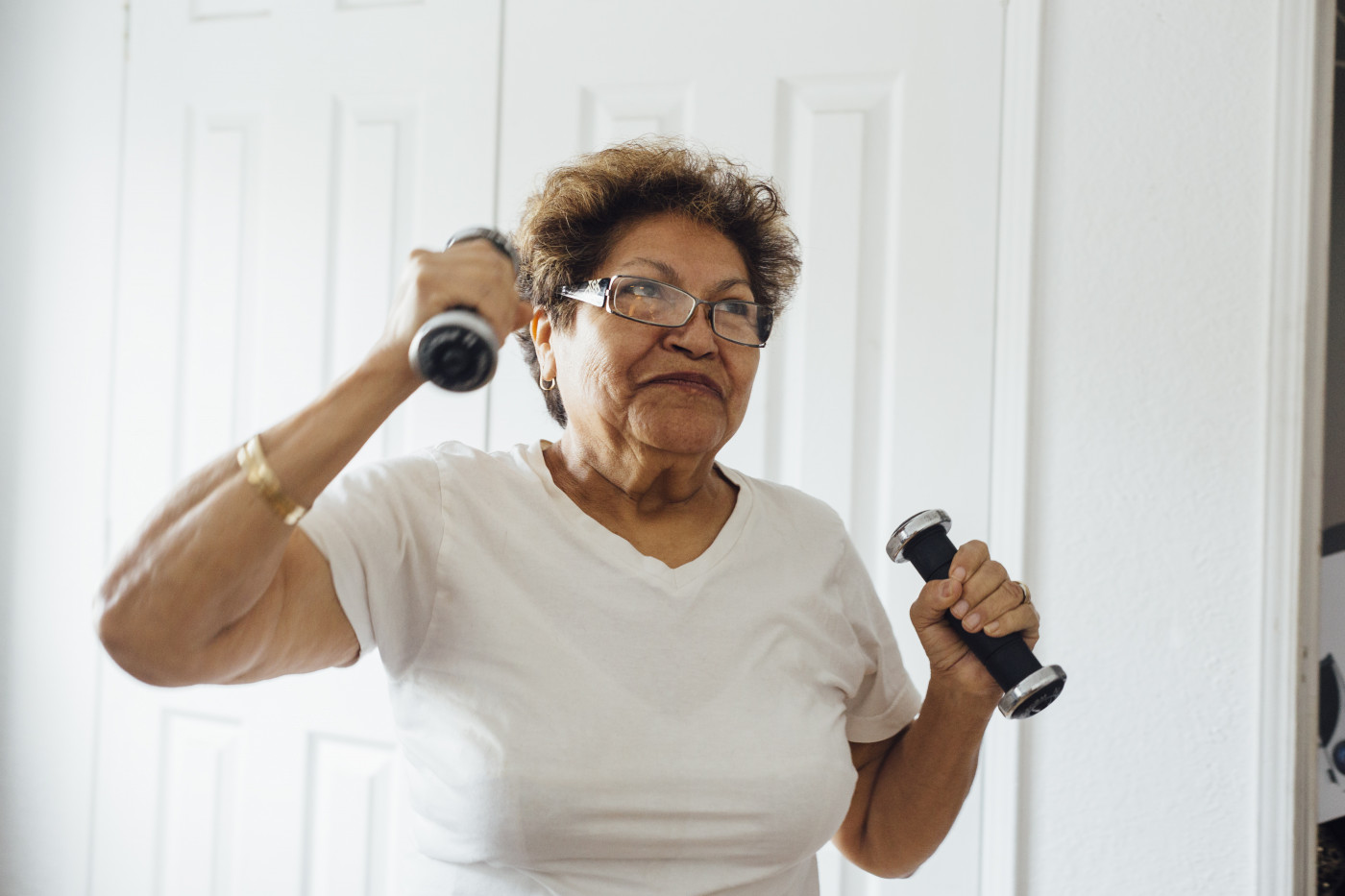 Reya Sehgal
Visual GPS
The booming wellness industry, currently valued at over $50 billion in the US alone, is a clear indicator of national priorities: Americans want to feel better, and live longer, healthier lives.1  But is the commercialized dream of wellness really accessible to Americans across racial groups, ages, and socioeconomic strata? Much has been written about the toxic whiteness of the wellness industry, the pseudoscientific recommendations from celebrities and influencers, and the class problems at the heart of “wellness” as a concept.2 But wellness is, in fact, important to Americans across demographic lines.

According to Visual GPS data, more than 90% of Americans think it’s important to take care of themselves both physically and emotionally—and this applies regardless of race, socioeconomic status, gender, or generation. More than a third of Americans say that both mental and physical health are more important to them now than before the pandemic, and this is especially true for BIPOC people, many of whom have been disproportionately impacted by both the pandemic and racial violence. But this population‑wide passion for leading a healthy, fulfilling life is poorly reflected in visuals, with the majority of images related to wellness—from healthy eating to exercise to meditation—focused on young, white women.
Dismantling the Health Hierarchy
Race and class are often inextricably linked to health and wellness outcomes in the US. Between environmental racism and unequal access to housing, communities of color are exposed to more pollution than they produce compared to their white counterparts.3 Black and Latinx households are also less likely to have easy access to green spaces that are safe to exercise or play in.4 Nearly 1 in 5 Latinx people lack access to health coverage, and over 50% lack paid sick leave at their places of employment.5 Biases around gender prevail, too. Women have an easier time talking about mental health, largely because of inherited ideas that link toughness and stoicism to masculinity.6

These biases show up in visuals, as well. Healthy living is one of the most popular concepts in our visual culture, but these images tend to reinforce stereotypes around who health is for. Visuals tend to show people in upper‑middle class homes, in white collar workplaces, or enjoying free access to nature. Women are twice as likely to be seen in these visuals than men, and young adults are featured in nearly three times as many visuals as older adults. Latinx people are particularly underrepresented, making up just 10% of wellness visuals despite accounting for nearly 19% of the US population; Middle Eastern and Native American people are rarely seen taking care of themselves, which organizations like Well For Culture are actively combating by highlighting wellness practices in indigenous communities.7 Part of this disparity is due to the commercialization of wellness, which takes cultural traditions—from Tai Chi to sweat lodges—erases their originators, and repackages them for white consumers, part of a long history of turning the exotic other into a consumable experience.8 Less than 2% of visuals focused on yoga, for instance, feature South Asian people, despite yoga’s origin in the subcontinent. Paying attention to who is seen living a healthy lifestyle can bring awareness to the different ways people use cultural traditions and their local environments to practice wellness.
The Spectrum of Healthy Eating
Food is undoubtedly tied to health and wellness, and many Americans are struggling with their health 18 months into the pandemic.9 Getty Images searches reflect the trends of the moment, with rising searches for terms like ‘healthy eating’ (+35%), ‘food insecurity’ (+146%), and ‘weight loss’ (+40%). As unemployment, underemployment, and low wages affect people across the country, nearly 42 million people—roughly 17% of US households—rely on SNAP benefits to meet their grocery needs, and more than 70% face barriers in eating healthy meals.10

Healthy eating is not limited to salad or macrobiotic bowls and keto diets; in fact, many regional cuisines have numerous health benefits.11 Images of healthy eating and healthy lifestyles tend to focus on individual raw ingredients, with an emphasis on fruits and vegetables commonly found in suburban American supermarkets.12 These images, however, can overdetermine what health looks like, creating racialized stigma around foods that defy Eurocentric visual norms.13 In recent years, foods from non‑Eurocentric cuisines have grown in popularity for their health benefits, like the turmeric used in South Asian cuisine, fermented kimchi, and gluten‑free flatbreads like corn tortillas and injera.

Wellness is also about mental health, and eating comforting, joy‑inducing foods is also key to a healthy, balanced life. During this stressful year, Americans have been turning to comfort foods, and 30% report having consumed more junk food than usual.14 Rising Getty Images searches for salty and fatty foods, coupled with takeout and delivery trends, suggest that Americans don’t pathologize indulgent eating; even those who prioritize wellness still indulge in less nutritious treats to keep themselves feeling mentally and emotionally healthy. Honoring the spectrum of eating, depending on occasions, moods, and cultural traditions, helps paint a more inclusive picture of wellness—one that more accurately depicts a holistic American life.
Click here for more wellness visuals
Works cited
[1] 21+ Statistics About the Health and Wellness Industry (Policy Advice)
[2] How the Latest GOOP Controversy Sums Up Why The Wellness Industry is Problematic (Outspoken); Wellness Doesn't Belong to White Women (The Cut); The wellness industry is selling you the myth that a healthy life is expensive (The Guardian)
[3] What is environmental racism and how can we fight it? (World Economic Forum)
[4] Parks and safety (Landscape and Urban Planning); The Inequality of America's Parks and Green Space (Bloomberg CityLab)
[5] Health (UnidosUS)
[6] No More Silence (Healthline Media)
[7] Well for Culture
[8] Recounts of the Healing Benefits of Sweat Lodge Ceremonies (Learn Religions); Dear white women, stop appropriating my culture for your wellness (Daily Forty‑Niner); White Supremacy and the Wellness Industry (Society + Space)
[9] Move Over, Immunity (Food Navigator)
[10] SNAP Data Tables (USDA Food and Nutrition Service); Barriers That Constrain the Adequacy of Supplemental Nutrition Assistance Program (SNAP) Allotments (USDA)
[11] Regional cuisines with powerful health benefits (MDLinx)
[12] Healthy Eating Includes Cultural Foods (Healthline)
[13] Why Saying Chinese Food Is ‘Unhealthy’ Is a Recipe for Racism (Well + Good)
[14] Changes in consumers' eating habits during the COVID‑19 outbreak in the United States in 2020 (Statista); The pandemic has changed the types of food consumers are buying (YouGov)
Article Tags
Healthcare
Next Up
Celebrating Motherhood in Sport 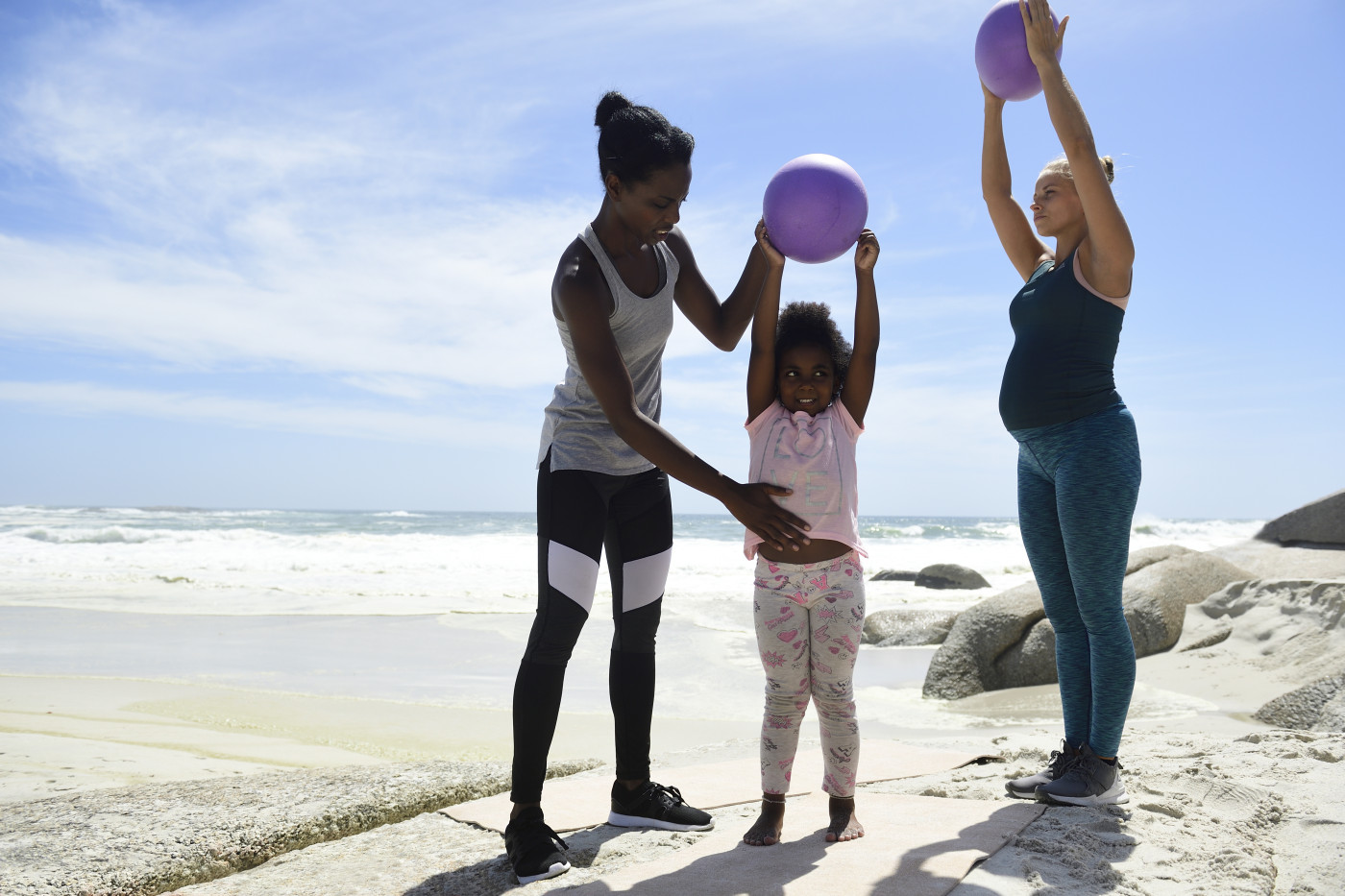