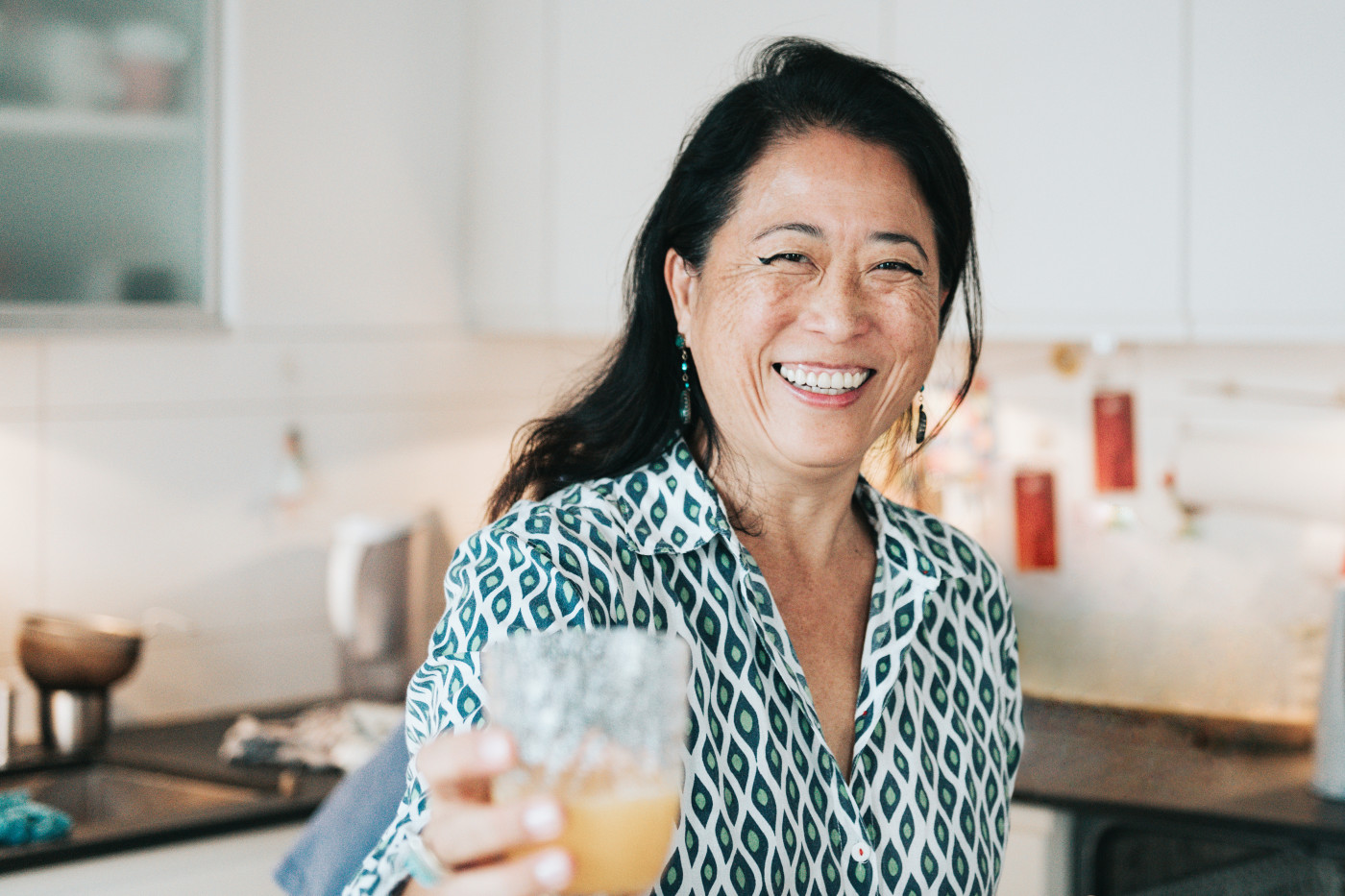 Carolina Sampaio Lechner
VisualGPS
Picture a slim woman of around 35 years old, working a corporate job as part of an ethnically diverse team. This is a typical visual pattern seen in most popular visuals amongst our German customers featuring Asian people. This image, however, does not tell the whole, nuanced truth of the over five million people of Asian origin who live in Germany today, including those who have been naturalized German. Five million people – this makes up 23% of all people who have an international background, and 6.2% of the total German population. Most of these people – 4 in 10 – come from West Asia, the geographical region which includes Iraq, Iran, Lebanon, Syria and Afghanistan. 2 in 10 people of Asian origin in Germany today come from South and East Asian countries like China, Thailand, Vietnam, India and Pakistan.1

The outbreak of the Covid‑19 pandemic in 2020 has brought to light and amplified discrimination against those perceived as East Asian – although anti‑Asian racism in Germany is not only a phenomenon of recent years.2 People of Asian origin in Germany denounced the discrimination against them on social media with the hashtag #ichbinkeinvirus, similar to the English #iamnotavirus and the French #jenesuispasunsvirus.3 Indeed, the German Federal Anti‑Discrimination Agency reported over 100 cases of Asian discrimination by April 2020, including verbal and physical attacks, or access denied to supermarkets or doctors’ offices.4 The organization and network for Asian‑German Perspectives korientation shows how visual stereotypes are reproduced in media reports regarding Covid‑19 and stimulate anti‑Asian hate.5 At the same time, the long withstanding model minority trope of the “hard‑working model migrants” dismisses their experiences of racism.6

When it comes to people of West Asian origin, the context changes. A key difference is that in Germany, people of West Asian origin are mostly associated with a religion, Islam, than with a geographical region, for example.2 The experiences of racism and discrimination, however, persist, and take on proportions like those of the racially motivated and deadly attack in Hanau on February 19, 2020. Organizations such as CLAIM – in English, Alliance against Islamophobia and Anti‑Muslim Hate – work to counteract Islamophobic activities.7 With the slogan “Hans mit Bart ist hip, Hamza mit Bart verdächtig – echt jetzt?” (In English, Hans with a beard is hip, Hamza with a beard is suspect – for real?) to promote the International Day Against Muslim Hate,8 they make people aware of how racism is reproduced in visual clichés. A group of German actors and actresses with an international history, conceptualized by the Afghan former moderator and activist Wana Limar in cooperation with MTV, denounced the stereotypes reproduced in German film.9 Under the #meinerolleimdeutschenfilm and #keinrassismusproduzieren (in English, #myroleingermanmovies and #producenoracism), they raised awareness of the stereotypes people with international backgrounds see in German movies – e.g., the “suppressed hijab‑wearing Muslim neighbor”.

As seen from the examples above, stereotypes and visual tropes prevail in the current visualization of Asian people in Germany. How can we avoid replicating these stereotypes? Let’s deconstruct.
Going beyond the “team player” image
Most of the popular visuals featuring Asian people show them in a corporate business context. Scenarios often show them as collaborative teammates, surrounded by an ethnically diverse group of colleagues. But only seldom are they shown in a leadership role. A similar pattern applies to West Asians; additionally, less than 10% of business visuals show West Asian women wearing a hijab. A study conducted in Germany and published in the American Journal of Political Science found that women who wear a hijab are systematically discriminated against,10 including at the working place, as stated by the Federal Anti‑Discrimination Agency.11 So, when visualizing people of Asian origin at the workplace, think about the environment and occupations you are defaulting to.  Consider a variety of working scenarios, people, and roles – like showing Asian people in leadership positions or as small business owners.
Telling authentic life stories
It is also worth considering going beyond the work environment in visual storytelling. As a result of the over‑representation of Asian people in working scenarios, family scenarios are missing in popular visuals. Most people of Asian origin in Germany live with their families11 – however, less than 10% of popular visuals featuring people of Asian origin show them with their families. Reflect on whether visuals featuring Asian people tell authentic daily life stories. Are meaningful relationships to friends and family included? Is connection and collaboration that go beyond the work environment being visually celebrated?

Currently, East Asians are seven times more likely, and West Asians nearly five times more likely, to be featured in a business context than a leisure activity in popular visuals. When shown in a leisure scenario, visuals fail to represent real interests or hobbies. Instead, the common pattern of business scenarios is repeated outside of work, showing them mostly as part of a diverse group of friends, smiling into the camera. Think about how visual stories could show multidimensional people, engaging in hobbies and expressing their interests. Include them in scenarios that involve sports, leisure and travel.
Adding layers of identity
Real and authentic visual storytelling does not only refer to how and where Asian people are shown, but also who is pictured. Popular visuals often lack intersectional representation of identity factors. Nearly 7 in 10 Germans expect the companies whose products they buy to promote diversity in all forms, but brands are falling short. Only 14% of Germans think that advertising shows a lot of diversity, and only 1 in 10 say that the communication of companies from which they buy products is very diverse. 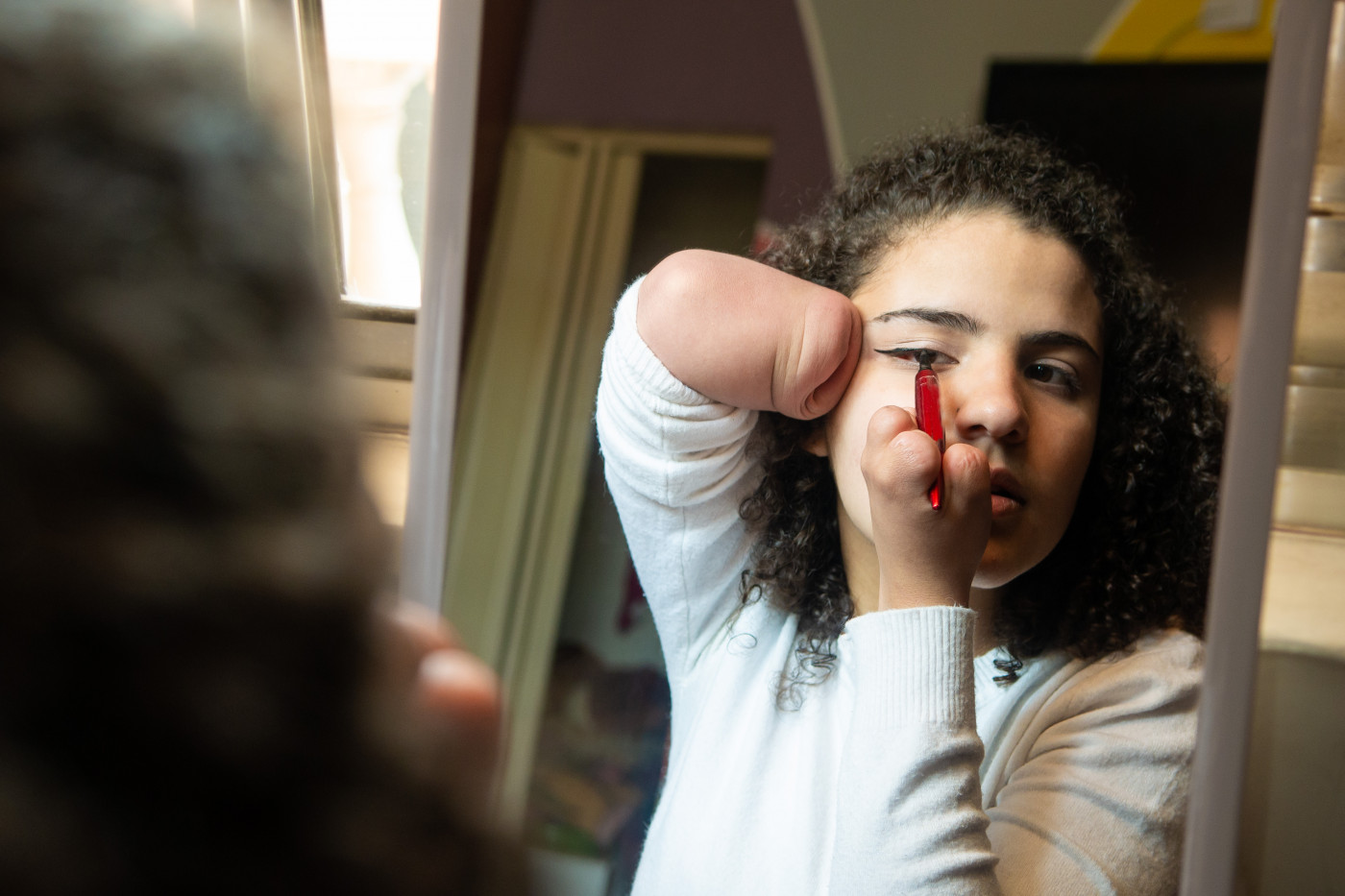