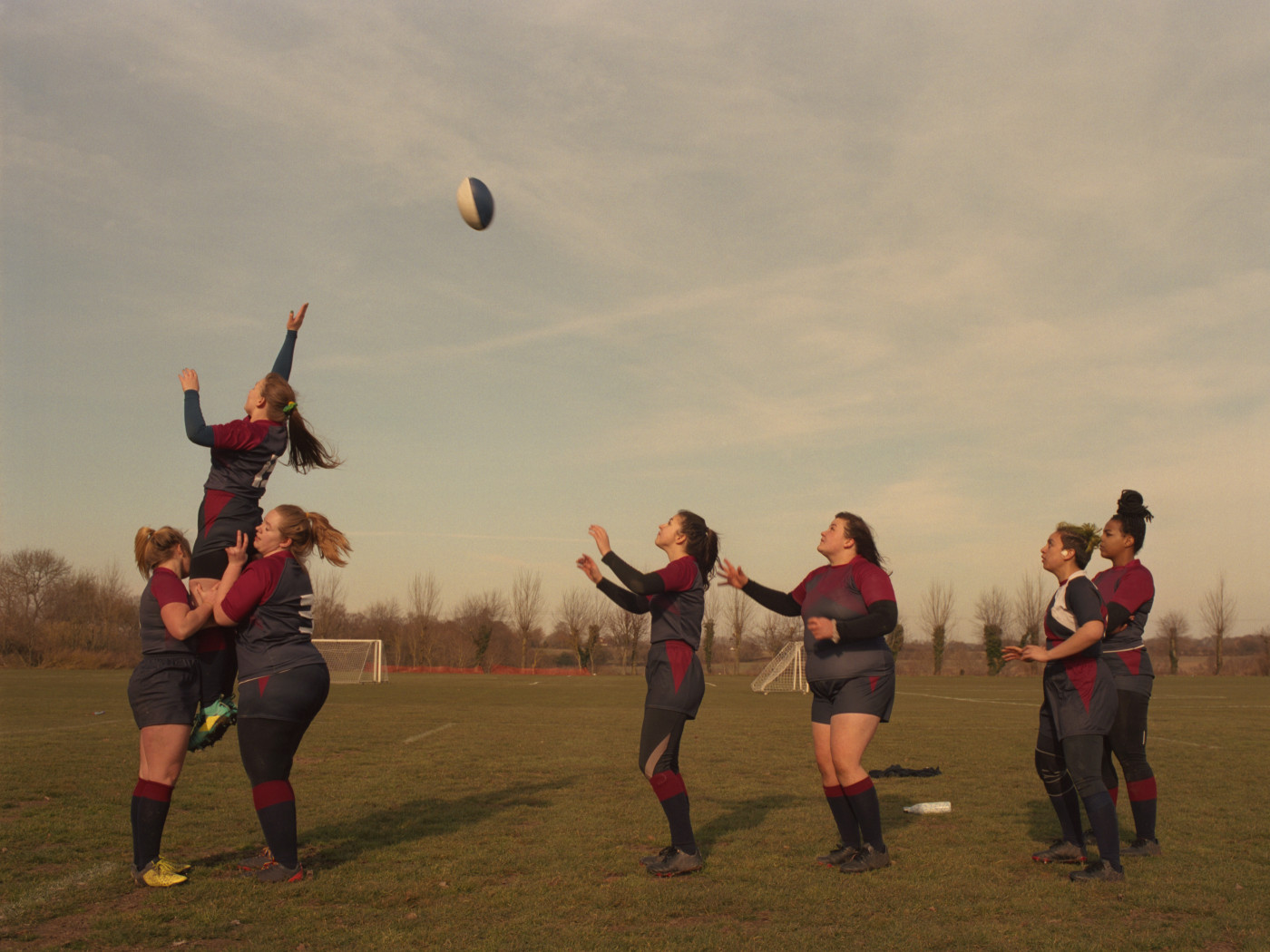 Lauren Catten
Great images take time to create. Over a year ago, I suggested to Holly Falconer to find a women’s sports team and showcase the intimate relationships that come from working as a close group.  The unique camaraderie that bonds women and the daring it takes to deliver a team to victory is incomparable. In the time it took to find the right team, I had since gone on maternity leave and Holly connected with my colleague, Senior Art Director Josie Gealer to get every detail squared away to showcase the grit and determination behind a women's rugby team. Our team effort from ideation to creation and post production ensured that these images were authentic and exhilarating.

Holly, an eloquent writer and passionate photographer, describes the shoot in her own words:

"As someone who was born with serious hip dysplasia, I spent my childhood hating sport. Memories of it at school involve being freezing or occasionally told off by sports teachers who couldn’t understand why I ran wonkily. These days, I’m beginning to derive joy from it and capturing sportspeople is something I’m increasingly interested in.

This shoot took place in February last year on a rugby pitch warmed by an incongruous block of sunny sky. When my assistant and I arrived, the vast sports fields were empty ‑ but within minutes around twenty teammates who gather three times a week, every week, turned up to train.

I wanted to do a rugby portrait series because the physically challenging aspect of the sport fascinates me. You have to train hard in tough conditions, and I aimed to capture something of the players’ grit and determination. It also struck me that I’d noticed a huge surge in interest in women’s football over the last few years from the media, but less in women’s rugby. Being commissioned by Getty Images to shoot a series of images on the sport ‑ that were available to anyone ‑ was appealing.

I chose the University of Kent’s Women’s Rugby team for this project as I was struck by their strong team bond. In turn, they were happy to take part, as “we were keen to have women's rugby showcased and don't often get that sort of attention where we can show off what we love to do.” I asked the team whether they think there’s enough coverage of women’s rugby in the media, and they said: “Yes and no." The proliferation of women's rugby in the past decade has been incredible and is to an extent covered well, however in comparison to men's it can't really compare especially with match viewership.”
Having planned the shoot with Getty Images art director Josie Gealer, I documented team members training to capture some of the pivotal moments of joy, pain and friendship that might go unnoticed during a match. I then took portraits off them just as they were straight after the session isolated in front of a colorama. I wanted to take simple, dignified portraits that also hinted at the exertion of a training session via the remnants of dirt on their clothes or a muddy rugby ball.

When it comes to what rugby has brought to their lives, the team say “fun, fitness, dedication, camaraderie and love for the game.” They’ve sometimes struggled to get funding for the team as well as new members in the past, but this year they’ve had a particularly strong season and “are looking forward to our biggest rival match at varsity as we have a chance at winning it for the first time in years.” Something that I noticed on meeting them was their unshakable kinship and determination to succeed. In the future, they want to continue “with the hard work and dedication that we have put into the team, we're hoping to go up a league which will set the precedent for years to come. It's a slow progressive process.” These images are a testament to this attitude, and the team’s uplifting love for what they’re building together.”

This shoot is a wonderful example of a photographer and their subject at perfect ease with one another. The images demonstrate the power of friendships and shared goals and are a wonderful testimony to the wealth of strength women radiate both mentally and physically.
See more Women's Team Sports
Next Up
Artistically Abled 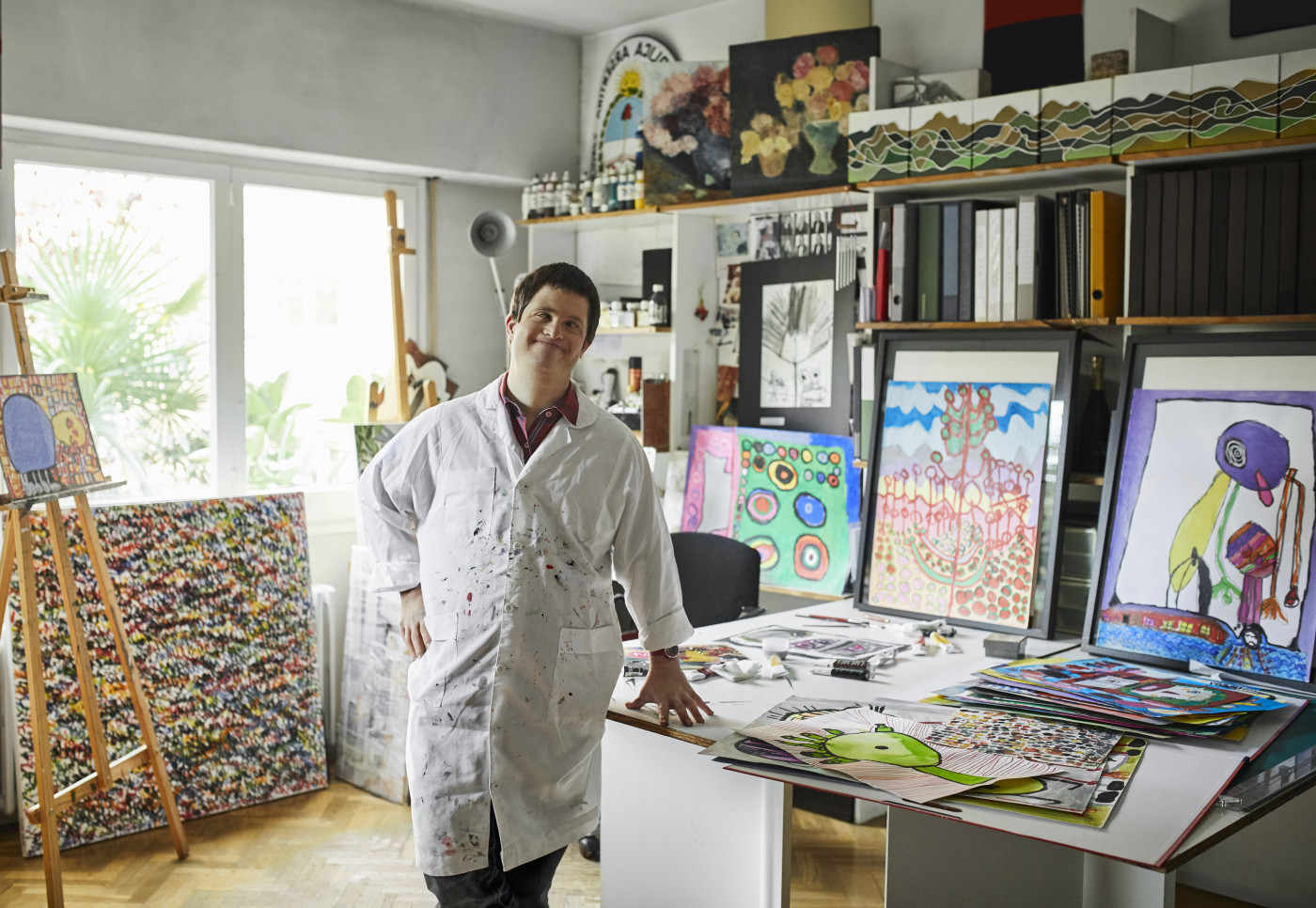