Documenting the War in Ukraine 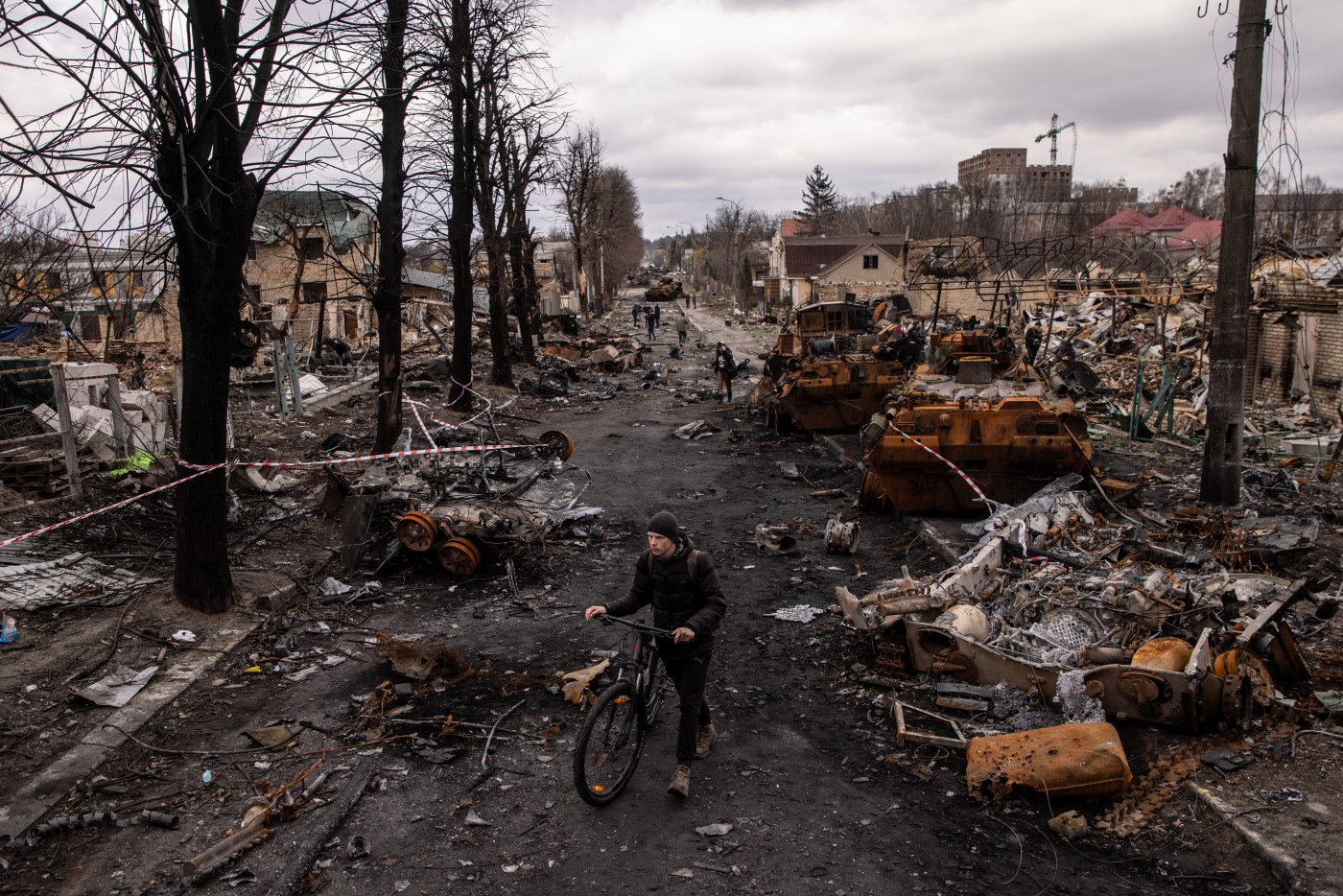 Getty Images
Getty Images photographers have been on the ground in Ukraine and Eastern Europe for comprehensive coverage of the war and its fallout since the conflict began in early 2022. From the vast migration of refugees fleeing the country to the discovery of mass killings in cities like Bucha and Kherson, to the details of daily life, their images have been poignant, devastating, and always powerful.
Nearly 8 million Ukrainians have been displaced from their country since the beginning of the conflict according to the UNHCR.  People fled in cars, on trains, and some even on foot.  Women, children and the elderly were forced to separate from men of military age.  The exodus totaled approximately 19% of the total population.  There was also significant internal migration, as residents from Ukraine's eastern regions made their way west towards the relative safety of Lviv and Kyiv.
In a now‑iconic image of a couple kissing through a fence,  Getty chief photographer Chris McGrath reflects that "for me, the image represents... the theme of separation, families being separated, separation from home."
For the majority of civilians that have remained, hardship, violence and deprivation have become a new way of life.  Living without power, spending time in bomb shelters, and fearing for the safety of loved ones, Ukrainians face a war with no discernible end in sight.  For the soldiers fighting at the front, there is little respite from fierce Russian attacks.
"every war is the same in the fact that the result is the same — pointless, needless death."
The UN High Commission of  Human Rights has confirmed 7000 civilian deaths since the war began.  In December, Ukraine announced that 13,000 of its troops had been killed, although allies like the U.S. estimate that the toll may be much higher.  Chris McGrath, who was spent over 5 months in Ukraine in 2022, reflected that  "every war is the same in the fact that the result is the same — pointless, needless death."
Despite the horrors of the war in Ukraine,  Getty Images photographers observed the resilience and tenacity of the Ukrainian people.  Volunteers trained to fight, feed the troops and re‑build.  Although Ukrainian politics of the past were fractious,  the country has been unified in their objective to remain a free, autonomous nation.
Staff photographer Leon Neal made a portrait of Osana Balandina, who lost both legs and four fingers from her left hand when she stepped on a mine while walking in her hometown of Lysychansk after gathering supplies for elderly neighbors. While recovering from surgery in Lviv, she married her partner, Viktor Vasyliv, in a hospital‑room ceremony.

Photographer Alexey Furman mused "the emotion that comes to mind when I think about Ukraine today is resilience. ...Even the Ukrainians that don’t take an active part in combat are dealing with Russian rocket hits, power outages, and lots of stress on a daily basis, and they just keep going with their lives."
Next Up
Far From Home: The Long Trek Of Haitian Migrants 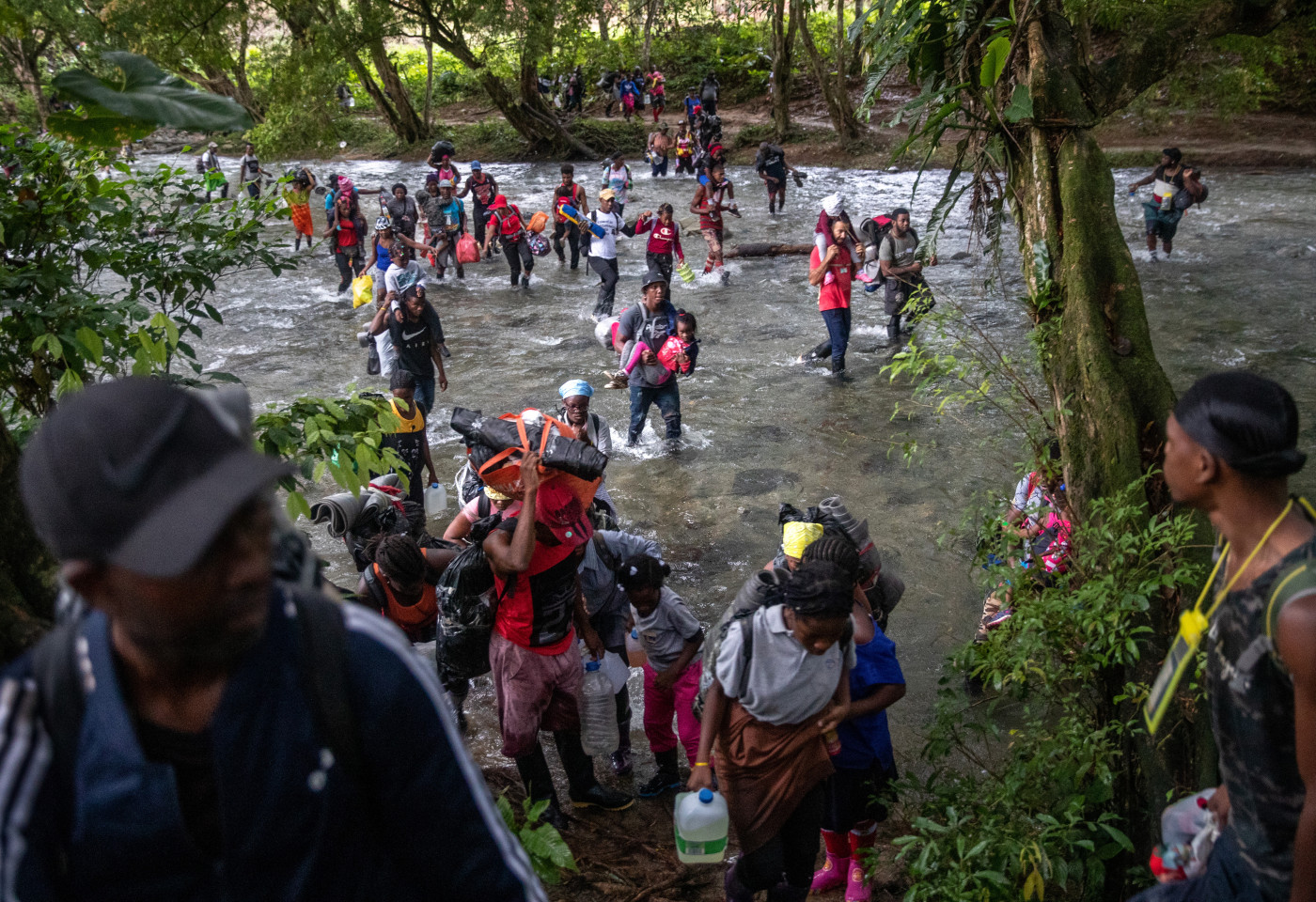